The man who said it can't be done--was run over by THE MAN doing it. We are doing it! WE ARE CHANGING THE WORLD FOR THE BETTER! 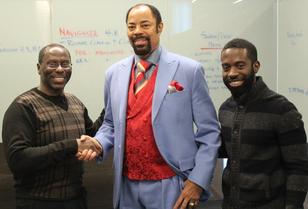 ​In everything that we do, we employ the K.I.S.S. method: KEEP IT SIMPLY SIMPLE. And simply put, MJP, based in New York City, is designed to create entertainment productions that are thoroughly entertaining, financially successful and world changing for the betterment of all mankind.

TONY FELTON is the Director and Creator of MJP. An esteemed writer, journalist, and stage director, Mr. Felton has pleased audiences and readers from all walks of life. Before his two (2) critically acclaimed Off-Broadway stage productions (MR. & MRS. and THE NAKED SERIES), he has written for a plethora of newspaper and magazine publications, followed by his most current stage productions for the New York City school institutions.​

(YOU CAN) CHANGE THE WORLD! has been performed with stunning results. Among one of his many journalistic highlights, Mr. Felton was honored to cover the first Book Club honoree, Steven Carter, on The Today Show with Katie Couric and Matt Laurer.

​​​With a brand new stage play, cinema verite, and television series ready to go, MJP is simply not here to play games: ECLECTIC ENTERTAINMENT DESIGNED TO CHANGE THE WORLD FOR THE BETTER! 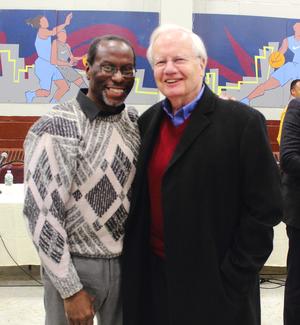