​​
WHAT IS WRONG WITH THIS WOMAN? She does nothing but continually ‘ruin’ the perfect openings I have planned whenever I REVIEW her performances. The last time she did this to me was after her magnificent opening night engagement at the King’s Theater in Brooklyn, NY. Now once again, this time at NYC CENTER, she comes out to “IM COMING OUT,” and my mouth drops. No offense to any septuagenarian out there, but THIS WOMAN LOOKS TOO GOOD! Does she have some special water? Is she quoting PSALM 103 V. 5 every minute? Does she sleep twenty hours of the day? Her skin, a creamy beige, is flawless. Her body is full but packaged so nicely in tight sequined gowns. And that HAIR.
FOUR COSTUME CHANGES: TEAL, RED, BLACK AND AN ASTONISHING WHITE SEQUIN PIECE WITH OVER-SIZED SLEEVES; all with matching brilliant chiffon capes, she takes us back to the days when music was MUSIC. Ask yourselves, will people be listening to the music of today fifty years from now? I think not. With her merry band of seven and three background singers: Downtown' Gerry Brown-drums. CC Thomas-bass. Michael Sechrest-guitar. Ritchie Garcia-percussion. George Svetich-piano/keys. John Scarpulla-sax/baritone. 'Ozzie' Osvaldo Melendez-trombone. Fred White-backing voc. Valerie Pinkston-backing voc. Terelle Tipton-backing voc, and complemented by a large video screen behind them, she gives tribute to a plethora of magnificent artists she ‘grew up’ with. MOTOWN REIGNS SUPREME.
THE FANS: OMGOSH. I thought I was devoted. Preacher lady name Queen, came all the way from Dallas, Texas. There was one man from Denmark who had tickets for two more nights. But he was beaten out by a woman we videotaped who had tickets for ALL FIVE performances. She sobbed when she explained so emotionally why she had come to see DIANA ROSS. Inside, the most eclectic group of people I have ever witnessed: Black, White, young, up there in age, international, domestic, hardened New Yorkers who have seen Ross many times, know her songs, routines, and STILL react as if the flower had just bloomed.
HER SHOW: MANNNN. Just when you think you have her figured out, she throws in the only song written for her by Luther Vandross: IT’S HARD FOR ME TO SAY. That large video screen now projecting pictures of her from time past. She is fearless projecting images of herself when she was younger, slimmer. Musically trained, I am not, but her delivery had this slower pace to it that allowed her vocals to sound strong. Like fine wine that gets better with age; get out of here with those tired clichés. DIANA ROSS is STILL one magnificent display of passion like none other. STILL, to this day, setting the bar so high. She says, come UP because down is no place I want to be. STILL so inspiring, she has ‘forced’ me to use that word I have come to disdain because of its over usage: like she said to the audience, I now say to her: DIANA ROSS---YOU ARE AMAZING---STILL! 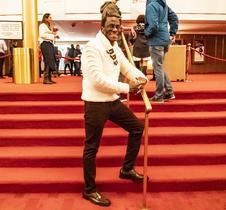 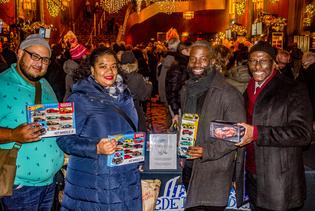 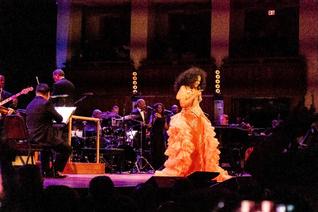 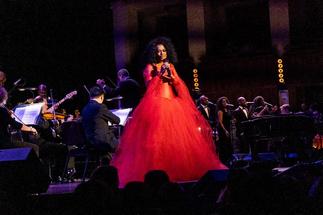 "DENZEL!," an inebriated Whitley Gilbert, from the iconic television comedy, 'A Different World,' brilliantly played by Jasmine Guy, belts out.  Brokenhearted because she believed that all had forsaken her on her birthday. She took to drink to drown out the sorrows, inviting only a portrait of Denzel Washington to her private party. Coincidence that I just happened to surf the channels and found this classic episode a few weeks before going to see DENZEL WASHINGTON in a revival of 'The Iceman Cometh' on Broadway? Coincidence that the driving narrative of the production centers around the inebriation of brokenhearted, sad, pathetic, band of misfits, who can only find the answer, a reason for living, in bottom pit liquid spirits? Playwright, Eugene O'Neill, thought it fit to drive this multi-narrative drama into three (3) hours of story telling. For indeed, he could have written at least seven (7) more plays with this multitudinous craft of words, words, words. Besides the theme of alcoholism there are prostitution, murder, fear, infidelity, racism, psychosis, and politics. No wonder it took three (3) hours to tell.
"DENZEL!," Ms. Gilbert bellows again. "Rock my world." She, too, believed that the answer to her problems was in him and alcohol. The cast of the production called him "Hickey!," their liberator, arms full of libations. But he came with more. He came to rock their world into reality. Foundation intact with heroics of personal on the wagon story telling. Mr. Washington is not an actor. He is a thespian. The play, along with the skilled direction of George C. Wolfe's crescendo, does not have the STAR immediately on stage or even soon. His arrival is anticipated with no one knowing when and what time. Does he come from stage left or right? On the second floor of the bar/rooming house like God? Was it in the original production of October, 1946, that he suddenly appears from the back of the theater house? Woe. How appropriate. Citing the phrase, 'I'mbackkkkk.' And then, thespian, Denzel Washington, commands the stage. He walked center, your eyes are center stage. Stage left, stage right, upstage, down, your eyes followed him. His voice is distinctive, robust. He teases us: he takes out a handkerchief to wipe his sweaty face, but oddly, he never does. Then finally, near the play's end, Mr. Wolfe gives the STAR a rather long winded soliloquy, downstage center. One could almost reach out and touch him.
"DENZEL!," Ms. Gilbert screams again until her, "This is a private party, right, baby?," is interrupted by well meaning friends. Hickey's friends are well meaning as well as they celebrate the birthday party of 'Harry Hope,' whose fear of getting run over by an automobile [two (2) cars per hour] keeps him chained to the rooming house and the bottles provided by his liberator. Hickey tries his best to convince Harry and the rest of the gang that the answer is not found in the bottle. No genie with three wishes. Stop procrastinating. Do it today! So that they, too, can be, like himself, a happy, freeman. Ironically, Hickey, the freeman, lands in jail and the lying drunkards return as the play began: getting drunk. Sleeping it off to wait for tomorrow to get drunk again. 1946. A dated play? No way. For as long as there remains alcohol in the world and people drinking it to smooth out the wrinkles, there will always be, Eugene O'Neill's, 'The Iceman Cometh.' 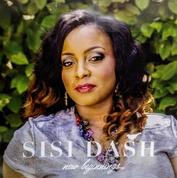 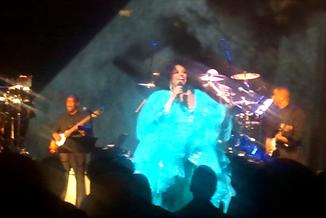 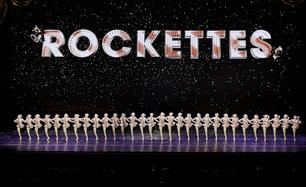 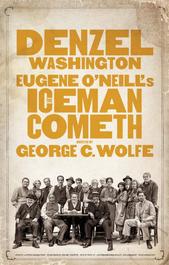 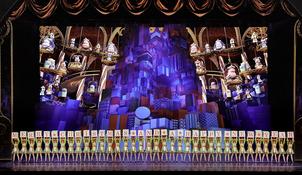 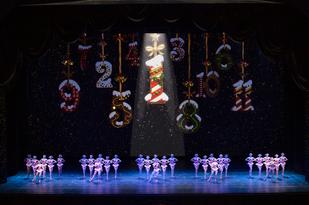 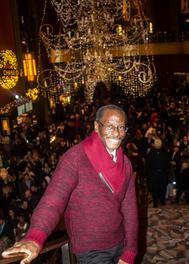 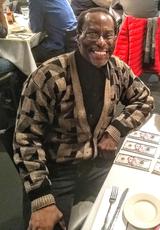 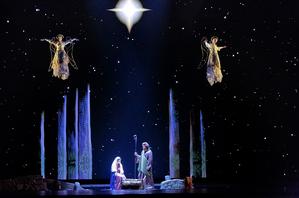 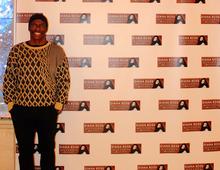 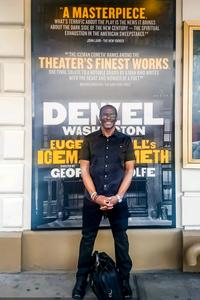 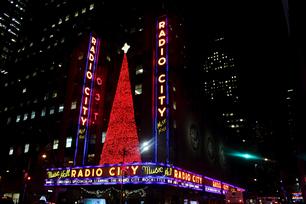 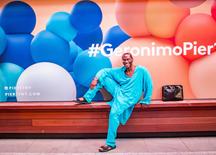 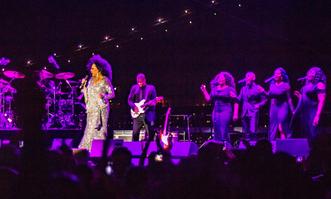 Four sample songs by rising star, SISI DASH. An eclectic mix of good old-school vocals and arrangements. From the positive up-beat rendition of 'WE'RE INCREDIBLE' to songs of fizzled love relationships, Ms. Dash sings clean. Her backgrounds vocals are on point. I wonder what could she do with the classics? 'TO BE REAL' by Cheryl Lynn comes to mind.

​   Saturday, January 11, 2020, my BIRTHDAY, at the Kennedy Center For The Performing Arts in Washington, D.C., DIANA ROSS sang just for me. For real. Ask anyone who was there. She said, "WHERE IS TONY?" Haha. Ok, maybe I wasn't the TONY she was looking for, but, hey, why not me? Now tell me, how many septuagenarians performers do you know that are still singing, selling out concert halls, heading to tour Europe and adding shows? This woman is fearless and as sparkling as her wardrobe. She makes my head shake, accepting the truth that she is still DOING IT! And where did she get that VOICE from at this late stage in her remarkable career? Do I sound as if she can do no wrong? Far from it: the less said about that disastrous Pier 17 New York concert the better. But on this night, DIANA ROSS was truly SUPREME again. She looked great. She sounded great. More gratitude than attitude. And for a brief moment, Ross became 'human': "There are times," she said, "when I don't even want to turn on the news." She then proceeded to bring the world together by singing, 'Reach And Touch (Somebody's Hand).'

​​   With a massive song catalog of which to choose from, why, for what reason, did she decide to sing, 'From The Voice Of The Heart'? I can only say, thank you, Ms. Ross! It is a beautiful song and she sang it so sweetly. Evoking a fan or as she likes to call us, "Friends," to sing with her. Accompanied by her background singers, her band, a D.C. choir, and the Kennedy Center Orchestra, DIANA ROSS proved, once again, that pure TALENT remains on this earth. She will be 76 in March. My head is still shaking.

​ THE MOST WONDERFUL TIME OF THE YEAR!
BY TONY FELTON

CAN YOU FEEL A BRAND NEW DAY? A NEW SHOW! WITH NEW ROCKETTES TO GRACE THE GREAT STAGE AT THE RADIO CITY MUSIC HALL. It never gets boring. Never gets tired. The grand music hall. The lights. The costumes. And the beautiful, talented Radio City Rockettes! I just don't know how they remember all those steps. I used to go to the show as an admirer. I worked for two seasons as an usher and now I get to go every year to review the show. I love it! I recommend it! I can't wait to see it again! (Photos courtesy of MSG)